+ Submit Assignment
Deadline: over 3 years ago. 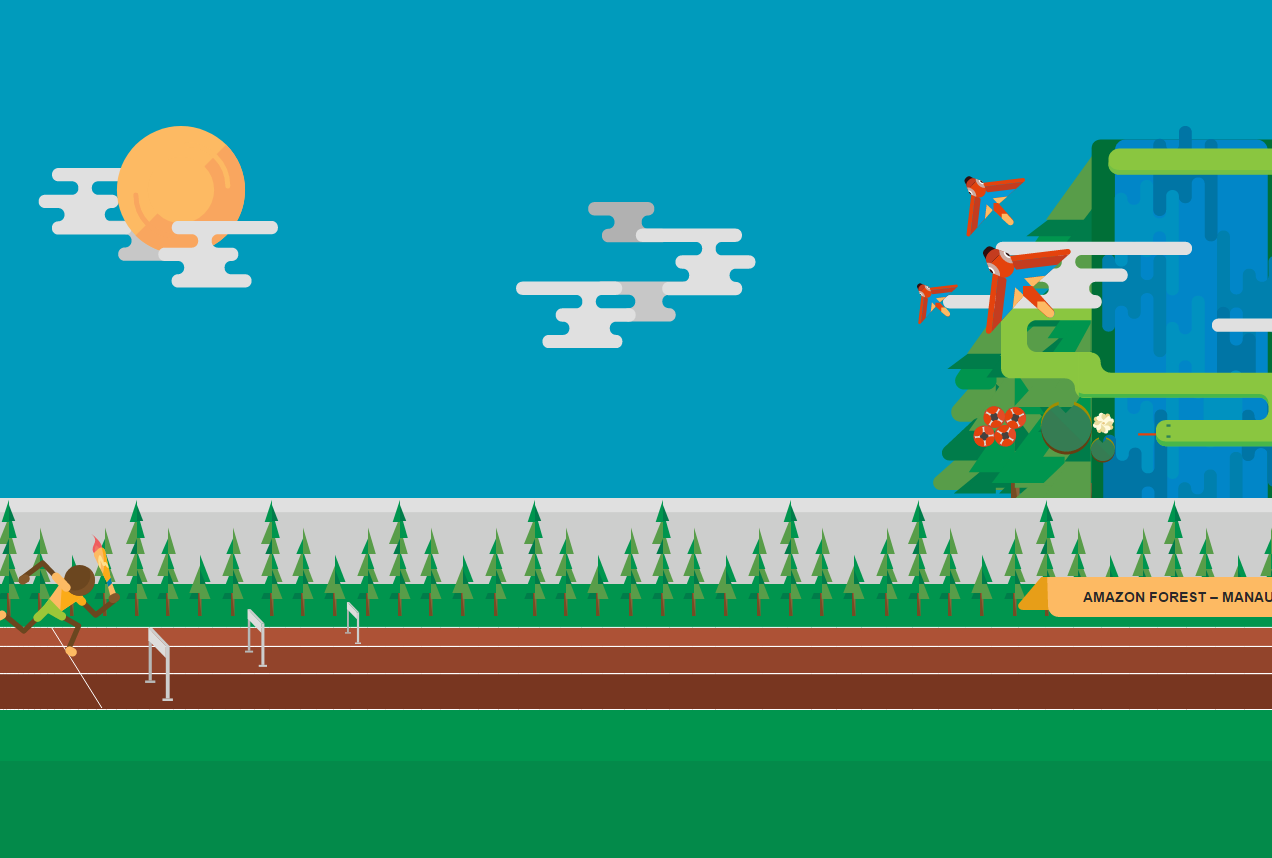 You may read the PDF version of the Test Project: WSC2015_TP17_ClientSideB_actual.pdf

In August 2016, the city of Rio de Janeiro in Brazil will host the Summer Olympic and Paralympic Games. This will be the first time ever Brazil will host the games, and it is a great honor to all the Brazilian people to be able to welcome the world once again, following the legacy of the FIFA World Cup back in 2014.
To celebrate this great event, you have decided to create an open source game that allows a player to control an Olympic Flame carrier in a cross-country journey towards the lighting up the Olympic Cauldron in Rio.

In this game, the runner follows a predefined path while dodging obstacles and passing by famous landmarks in Brazil.
A designer has prepared the user interface of the game, and now your job is to develop the front-end gameplay, including animation, game controls, and user interaction.

Your task is to add animations, controls, and interactivity to the game – making sure that an exciting user experience is available to the user when they play the game. You have the freedom to implement animations and affects you find appropriate to the design, but your solution must meet the following requirements:

You must include all media and content provided to you. The page for you to build upon is available under the “media” directory. You can modify the files provided to guarantee the correct functionality of the application. You can use JQuery and JQuery UI if you find necessary.
Save the files of your application in directory on the server called "XXClientSideB", where XX is your country code.